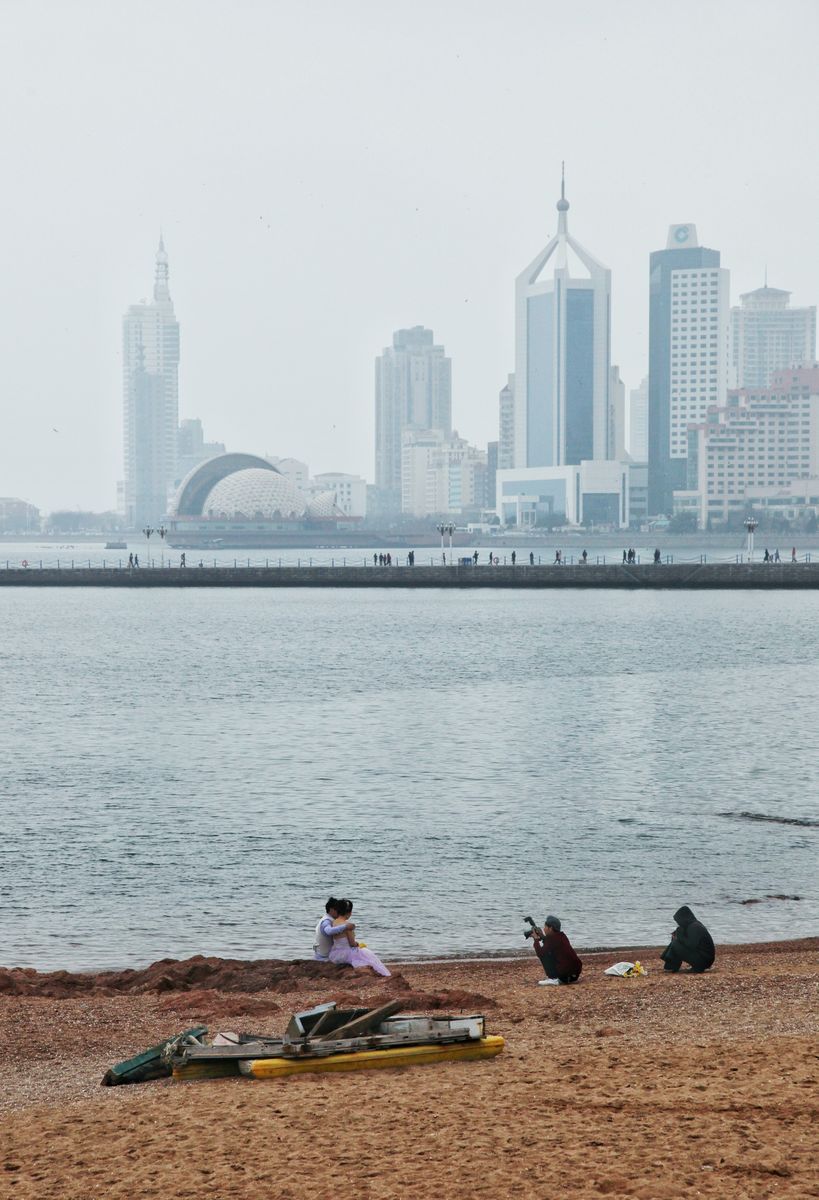 Arriving in China again, I had to first figure out how to get to my destination. My plane had arrived late in Shànghai and also one of the highways to the second airport, where my connecting flight was leaving, was closed. Deciding that it would therefore be a bit risky to take the bus, I hired a taxi and got there just in time.

Three hours later I finally arrived in my hostel. Since I hadn’t gotten much sleep on the plane I was a bit tired, but nonetheless I immediately head off to explore the city a bit. Qīngdăo has the reputation of being one of the cleaniest and most beautiful cities in China. Maybe that explained all the wedding couples I saw while walking around St. Michael’s Cathedral and later on at the beach as well. Of course being one of the few places in China having a “classic” church may of course also have played a part.

The city itself was indeed very clean (for a Chinese city) but unfortunately the same could not be said about the air here during my stay. At normally the air pollution in Qīngdăo is not quite as bad as in Běijīng but this time I didn’t get lucky.

After having walked along the beach and some of the many parks, I returned to the hostel and quickly fall asleep. But soon afterwards I was awoken by the arrival of the only other backpacker in my room. He was born in Malaysia, is now living in the US and has Chinese roots, so he looked forward to trace down some of his relatives in China during his six month long trip. He was quite happy to have another traveller to talk to and share his experiences, since the very big hostel was mostly empty at this time of the year.

The next day I started with buying some necessary stuff for backpacking (water, toiletpaper …) and getting my train tickets. After having taken care of that, I started my “German Day” in China. Qīngdăo had been a German colony from 1897 to 1914 and while walking through the old town one can sometimes spot the influences of this time.

On top of one of the hills the former Governor’s House resides above the city. The impressive and costly Jugendstil building - the governor was promptly fired after the bill had been presented - now mostly displays the old furnishings of the era. For me, it was also a nice way to escape the rain.

On the way to the Tsingtao Beer Museum I met two other travellers. Whether I could speak English, they asked, or even German. Holger and Michael were also on the way to the museum, but didn’t have any map, so I invited them to just come along. At the museum itself we met a portugese traveller and now as a small group we went through the museum. The Tsingtao brewery was putting heavy emphasize on their responsibility as a green and social company, probably quite unusual for a Chinese company.

Included in our ticket was also the allowance to drink as much beer as we wanted at the end of the museum, but fortunately no one of us was keen in testing his limits. With the very light Chinese beer it would probably have been difficult, anyway. Two Chinese had seen our Portugese friend earlier this day on the beach and together we had a few snacks and beer before the Portugese had to quickly get a taxi to catch his flight back to Shànghai.

On my final day in Qīngdăo I decided to hike to the top of Láo Shān. Approximately 30 km - or two hours by local bus - outside of Qīngdăo the national park covers an area of almost 450 square kilometers and offers plenty of ways to explore the mountain. I started hiking too fast and so I was a bit exhausted, but the views from the top were worth the effort - despite the air pollution.

On the north side of the mountain the paths were still partly covered in snow and ice, which made hiking a bit more difficult, but added some nice flair. Slowly I made my around the peak before finally descending and taking the bus back to Qīngdăo. 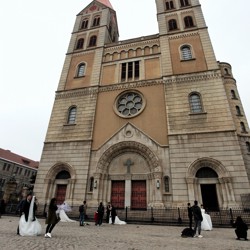 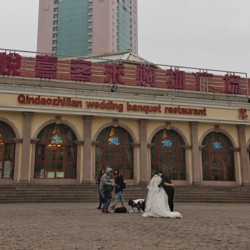 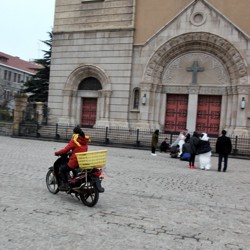 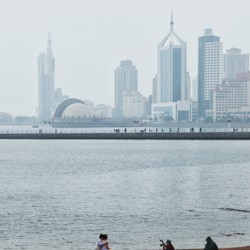 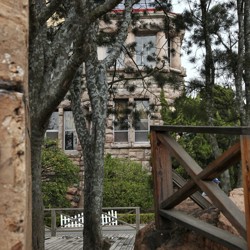 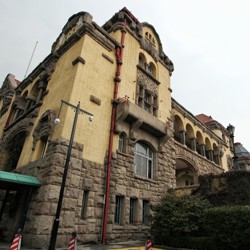 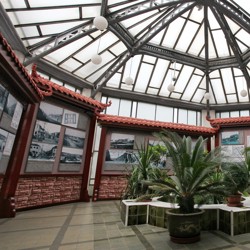 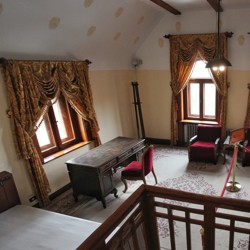 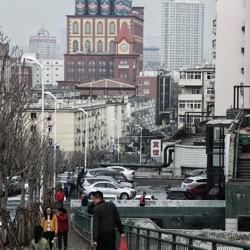 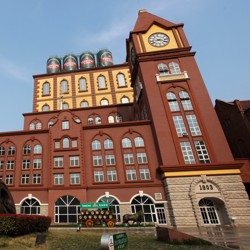 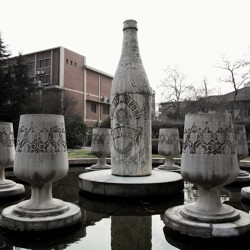 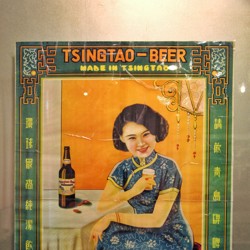 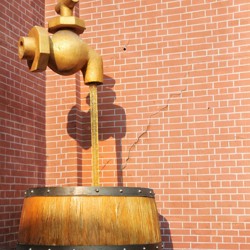 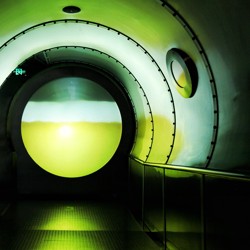 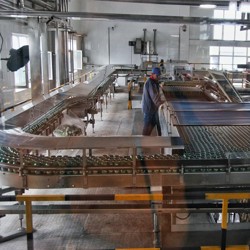 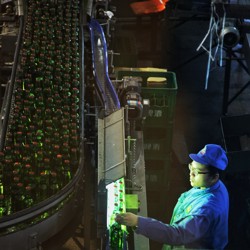 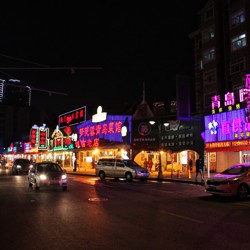 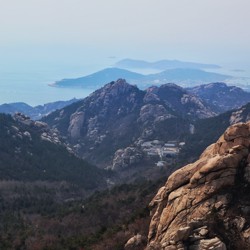 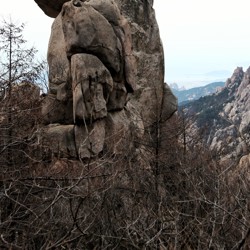 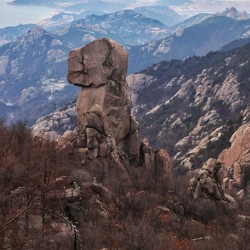 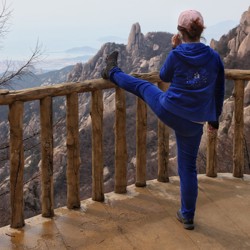 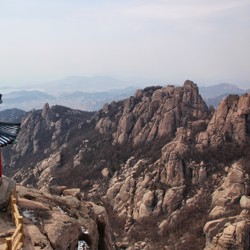 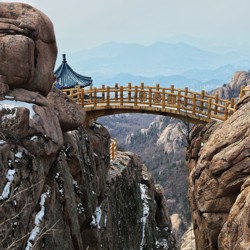 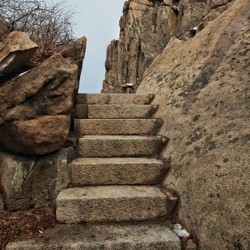 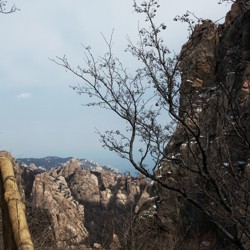 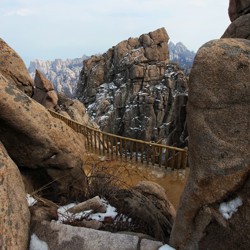 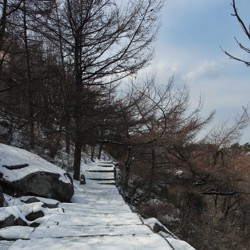 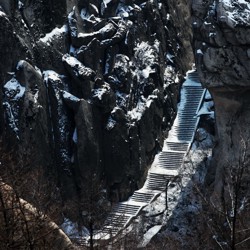 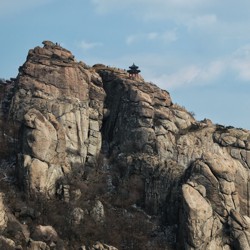