Kāngdìng - Start of the Hiking Part of the Journey 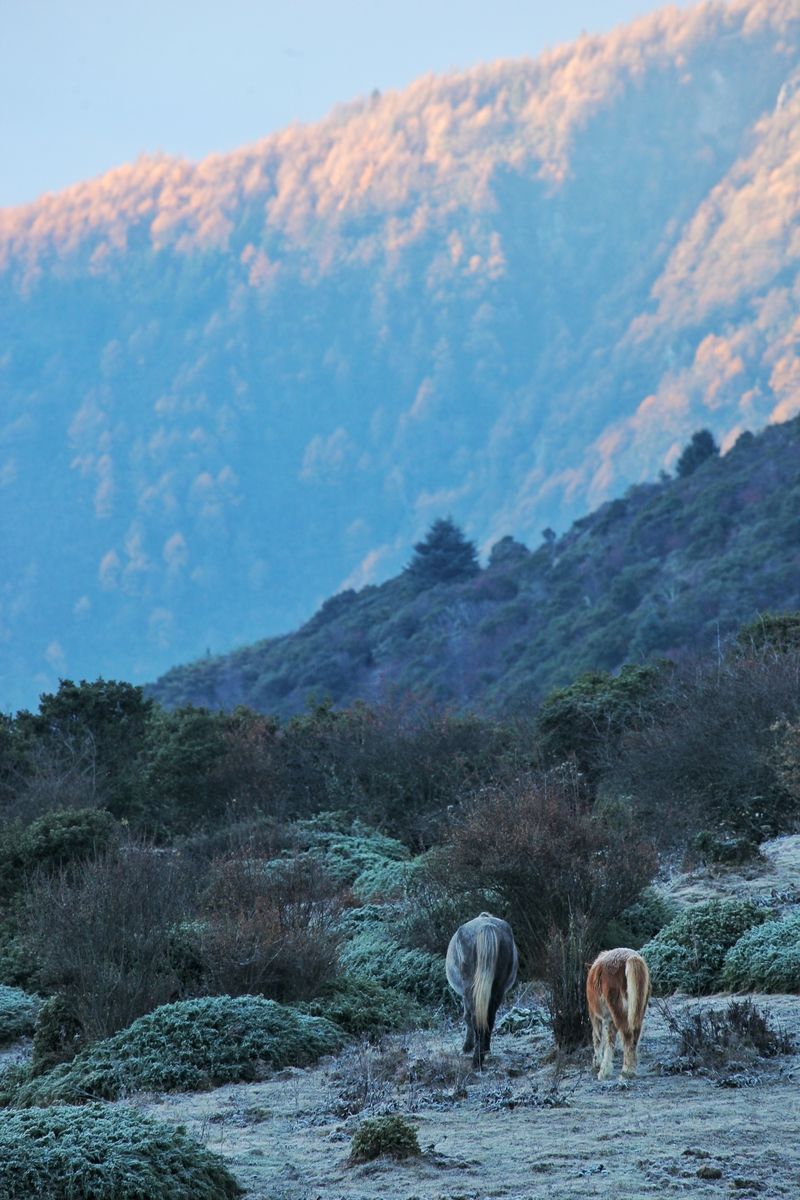 After a ten hours bus ride I finally reached my first destination in western Sìchūan: Kāngdìng. With 2600 meters above sea level it is noticable higher than Chéngdū with its only 500 meters, but still a convenient entry point for the much higher regions further west. During the next two weeks I will go to much higher altitudes and since I have never slept above 3000 meters before, I decided to take it slowly to avoid getting altitude sickness.

With a very nice hostel in Kāngdìng – the best on the whole journey in fact – I decided to stay a bit longer in this place than originally planned. After all, the additional time spent here should help me later on for the more challenging hikes. While the typical rule for high altitudes is to not ascend more than 300 meters per day (sleeping altitude) to prevent altitude sickness, the body needs much more time for full acclimatization – around 11.4 days per thousands meters. Of course I did not have enough time for that, but still every additional day should be helpful for dealing with the lowered amount of oxygen.

While Kāngdìng is not that big with its population of 100 000 inhabitants, it is still one of the largest towns in western Sìchūan. Originally most of the population was Tibetan, but in the last years more and more Han-Chinese have moved here. But still the Tibetan influences are visible. That was especially true for the hostel. While the owner was an US-American who had studied the Tibetan language and culture for some years before founding the hostel, the staff was completely Tibetan. Sonam, one of the staff members, was even from Tăgong, the next stop on my route. In fact, he convinced me to still go there, since I considered to drop it from my list due to the more complicated transportation to and from this village to save some time.

For me Kāngdìng was mainly a place to relax a bit and get used to the altitude. It was really helpful that just a few meters behind the hostel a very nice, although steep, short trail to some nice grasslands 600 meters further up started. Right on the first day we – two Swedish guys, one from Canada, one from Britain and Lucy, the dog of the hostel owner – set off to see them. The views from above were great and we spent some time up there – also photographing the horses here – before returning using an overgrown and a bit thorny path.

For the next two days I returned to the small plateau early in the morning and continued to climb one mountain – additional 650 meters further up – on one day. The night frost and the general silence created a different, calm atmosphere and although it was indeed a bit cold without the sun, it was incredibly beautiful. It was also probably the best time to see some more wildlife. While I unfortunately was not fast enough to get a photo while hiking from the squirells and pheasants, there were a lot of them this early in the morning. But the most impressive moment happened, when I was resting for a few minutes behind a wall on top of the mountain: With a sudden “Swoosh” an eagle – obviously not being aware of me – just flew three meters above my head. 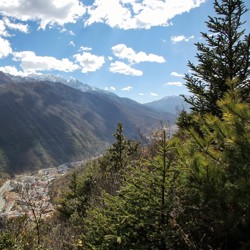 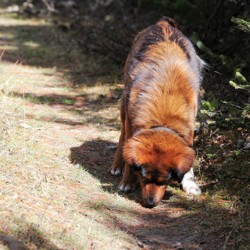 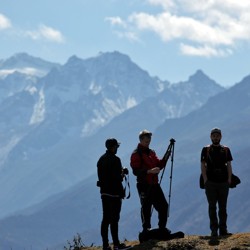 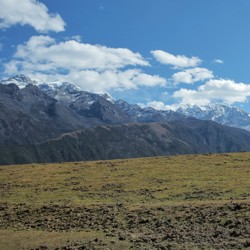 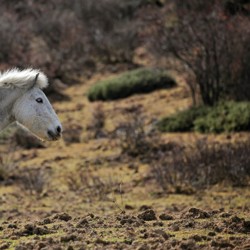 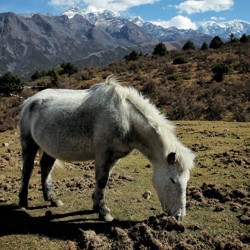 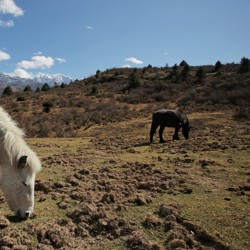 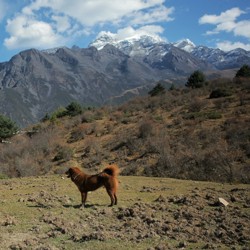 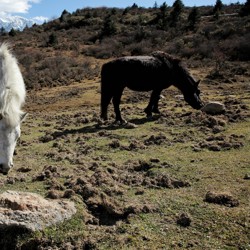 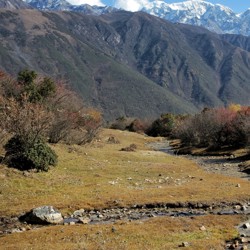 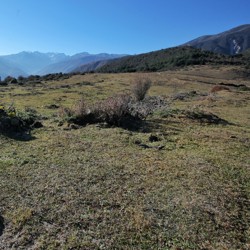 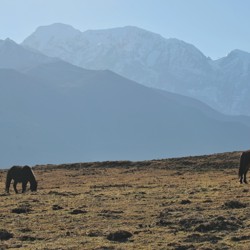 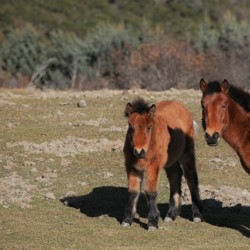 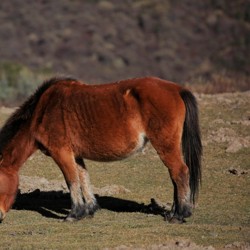 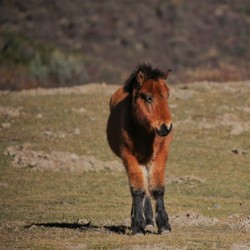 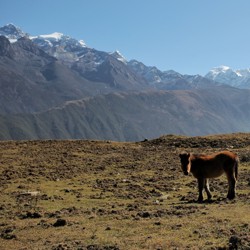 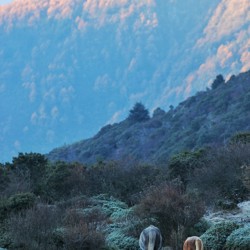 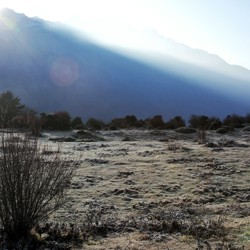 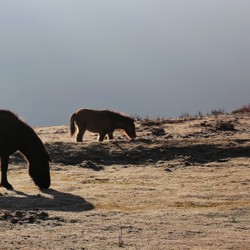 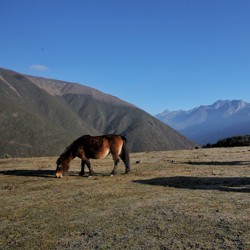 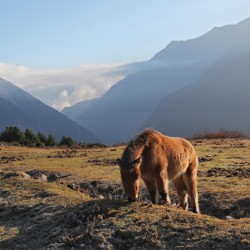 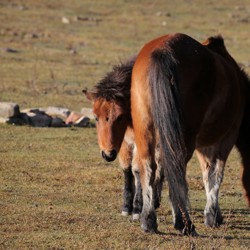 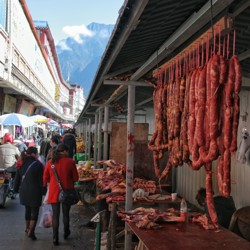 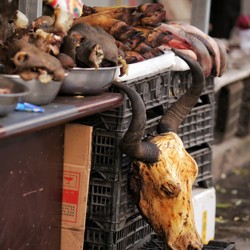 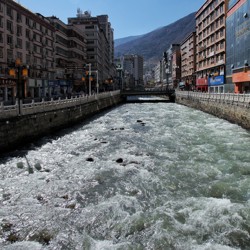